Emoji Cats Word Guess now includes a French dictionary setting to go with its Spanish and German ones. Unlike Spanish and German, French support is not immediately useful to me personally because it’s not a language I’m studying, but as a longtime Duolingo user, having read that the top four languages people are learning on Duolingo are English, Spanish and French jockeying for second place, and German, adding French serves to both round things out and also be sort of an homage to all the Tintin and Asterix books I read and reread (in English translations) to my children while they were growing up. (And as you can see in the screenshot, the very large amount of dialog in Emoji Cats Word Guess includes a little Spider-Man homage as well. 😺)

So in addition to Emoji Cats Word Guess’s over 150,000 English, Spanish, and German words, you can now have fun supplementing your French language practice and learning by puzzling out almost 5,000 French core vocabulary words, and you can also tap any word you don’t know to see the definitions and other info. 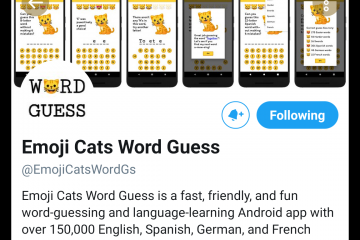 For Twitter fans, you can now keep up with Emoji Cats Word Guess news on Twitter, too, at @EmojiCatsWordGs Twitter limits handles to 15 characters, so as shown above and to the left, I had Read more… 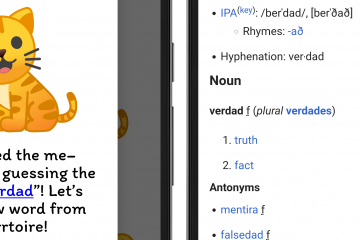 Emoji Cats Word Guess is a language-learning app too

If you’re learning Spanish, German, and/or French, playing Emoji Cats Word Guess using its Spanish, German, or French dictionary setting can be a fun and useful way to supplement and reinforce your language study and Read more… 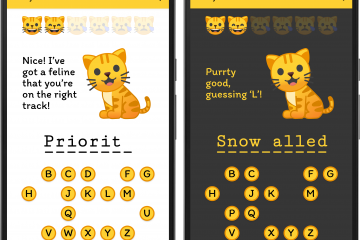