Those times when you do a photo shoot with your cats to show off the new two-sided promo cards you just did for your latest Android app, but then can’t decide which photo you want to use. 😸

One thing I sometimes do with my app promo cards is attach two of them to my badges at tech conferences, such as the one Mustache Cat is modeling  from this last weekend’s wonderful !!Con West.

This year the !!Con West badge itself is a PCB (printed circuit board), not because there are any electronics on it, but because the price of custom PCBs has gotten so cheap that they seem to be a simple way for people who don’t have access to laser cutters to fabricate certain types of objects. Though if like me (but unlike the conference organizers) you’re in the Santa Cruz area for more of the year than just conference weekend, you should come check out the laser cutters and other awesome stuff and people at Idea Fab Labs, the maker/hacker/art-space I volunteer at every Tuesday.

For Twitter fans, you can now keep up with Emoji Cats Word Guess news on Twitter, too, at @EmojiCatsWordGs Twitter limits handles to 15 characters, so as shown above and to the left, I had Read more… 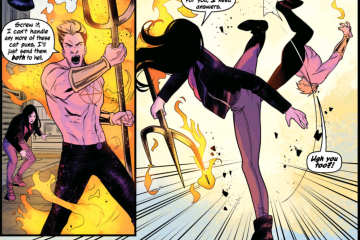 Emoji Cats Word Guess is a serious word-guessing and language-learning game app, that is very encouraging and affirming, with an interesting backstory, and that is also totally packed with extremely-silly cat puns. Strangely enough cat Read more… 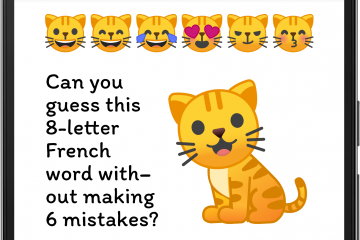 Emoji Cats Word Guess now includes a French dictionary setting to go with its Spanish and German ones. Unlike Spanish and German, French support is not immediately useful to me personally because it’s not a Read more…